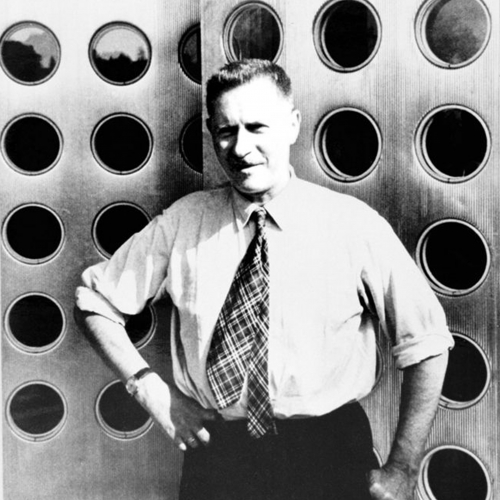 A blacksmith by training, Prouve worked as a craftsman, designer, manufacturer, architect, teacher and engineer. He achieved the goal of uniting functional requirements, the honest use of materials and economical concerns, with the complex demands of mass production. With remarkable elegance and economy of means, he designed prefabricated houses, building components and façades, as well as furniture for the home, office hospitals and school. Prouve differed from other creators by the use of lacquered steel combined with wood. He was aware of the avant-garde architects and met in 1926 Le Corbusier, Pierre Jeanneret and Robert Mallet-Stevens. In 1931 he founded his own manufacturing firm, les Atelier Jean Prouvé and began to make metal furniture. In the 50's, Prouve realized in collaboration with Charlotte Perriand the well-known bookshelf in pine and mahogany. He taught as professor at the Conservatoire des Arts et Métiers (CNAM) from 1957-70. As chairman of the jury for the Centre Pompidou architectural competition in 1971, he played a major role in selecting the design of Renzo Piano and Richard Rogers. 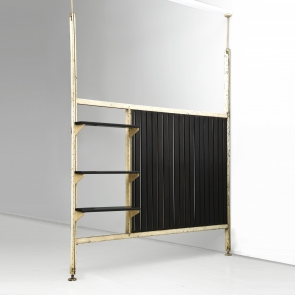 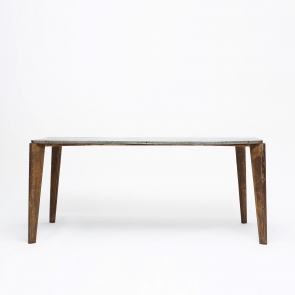 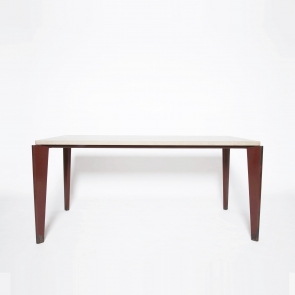 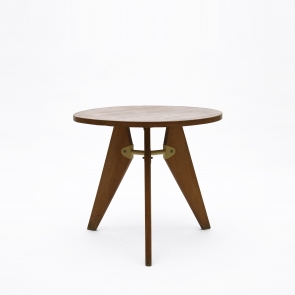 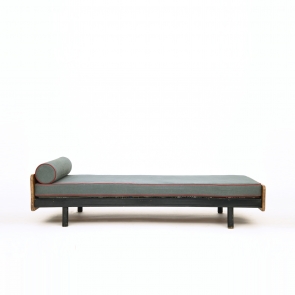 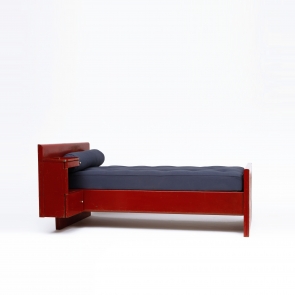 Jean Prouvé
Daybed, circa 1935 SOLD
Back To Top