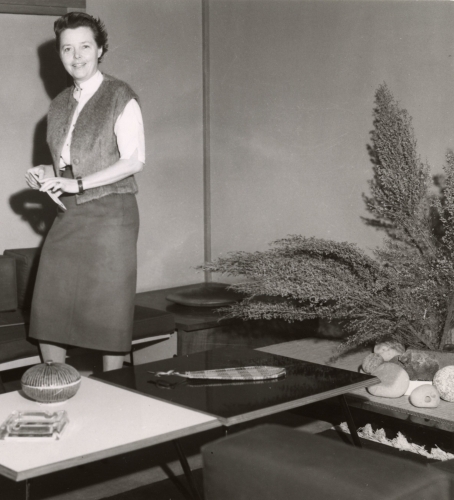 Born in 1903, Charlotte Perriand exudes the optimism and energy of the 20th century in her life and her work. As a young designer in the studio of Le Corbusier, Perriand absorbed the values integral to his architecture for modern living: a commitment to function, a focus on simple harmonies of form and color, and a joyous embrace of technology. Bending machine-age materials like steel and aluminum into her iconic Chaise Longue and luxurious Fauteuil Confort; Perriand created above all design for living. In Perriand's world, life is lived through design; and good design allows freedom of movement and harmony of the spirit with the environment. Her many designs for storage units, free-form desks and pre-fabricated houses seem whimsical at first; though they stem from her participation in utopian planning movements of the early 20th century. Each design has a positive role to play in daily life: streamlining work, facilitating order, and fostering independence or community as the situation demands. While Perriand celebrated the role of technology in modern living; her enthusiasm was inflected by an abiding interest in the natural world. Her dwellings are optimized for sunlight on a summer morning or cooling breezes in the afternoon. An avid outdoorswoman and traveler, Perriand often searched for design solutions in the materials and craft traditions of the regions where she worked; an approach enriched by her travels to Japan and Indochina during the forties. Isolated from European technology by world war; she turned to paper, bamboo and ceramics, reassessing her work in light of the serene minimalism of Japanese aesthetics. Accordingly, Perriand's interiors are never simply rooms filled with objects. They are spaces full of light and air where work and play are carried on in accordance with the rhythms of the life and nature. 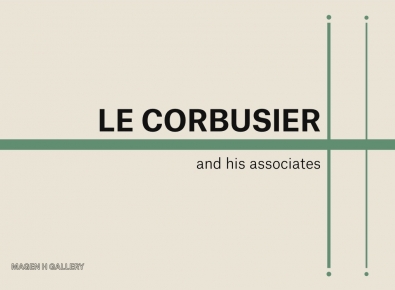 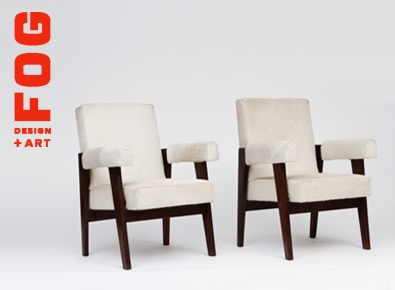