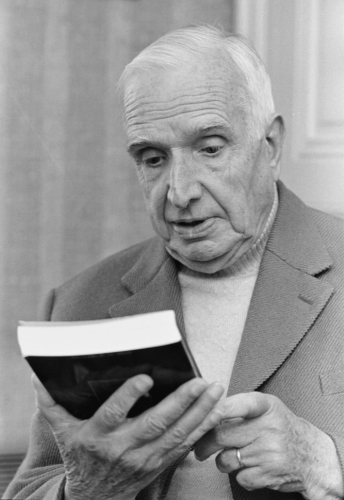 He joined Lyon art school before taking over the family business after his father's death in 1919. He completely revolutionized its production going from copies of classical furniture to creating furniture with resolutely modern lines. Influenced by Bauhaus and the Stijl movement, where the synthesis of art and architecture is a permanent quest, he belongs to a line of architects, artists and decorators wishing to design new forms, perfectly suited to modern life. This Union des Artistes Modernes ( an association of modern artists) welcomed Pierre CHAREAU, Francis JOURDAIN, LE CORBUSIER, Charlotte PERRIAND, all avant-gardist designers eager to break away from traditions and democratize art. André SORNAY's creations are characterized by pure and geometric lines, harmonious proportions and huge practicality. The materials used combine tradition and modernity : precious woods, permatex products, rubber, Duco lacquer, metal. His extremely sharp vision of the use of interior space prompted him to become an interior designer for his customers, most of them local. The first patent arose during the 1929 depression, it was registered by André SORNAY in 1932, laying stress on a new assembling technique- the " cloutage". This process enables the putting together of fine wood veneered panels onto the structure of a furniture item. The aligning of studs became a trademark as well as an element of decoration. This patent led to the manufacturing of "clouté furniture", distributed in small series, and accessible to most._Patents followed on after the Second World War: a first in 1945, followed by the patent for the "tigette SORNAY" (the SORNAY rod) in 1953, a "combinable and removable part for the furniture and construction trades". André SORNAY mainly exhibited his work at the Lyon autumn fairs. He, nevertheless, took part in two Parisian exhibitions. In 1925, at the Exposition Internationale des Arts Décoratifs Industriels et Modernes (International Exhibition of Industrial and Modern Decorative Arts), his work did not seem yet to be fully undestood. His contemporaries were still drawn to artists such as RUHLMANN, JALLOT, SÛE and MARE. Twelve years later in 1937, he was awarded the bronze medal for the display of his own personal study at the Exposition Internationale des Arts et Techniques dans la Vie Moderne (International Exhibition of Arts and Techniques in Modern Life ).The fifties and the sixties saw a normalization in forms and assembling techniques. During this period ANDRE SORNAY worked for local authorities, gradually letting his children take control of the business. 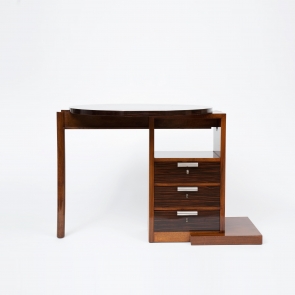 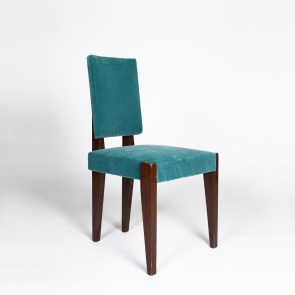 André Sornay
Chair, circa 1930
Back To Top