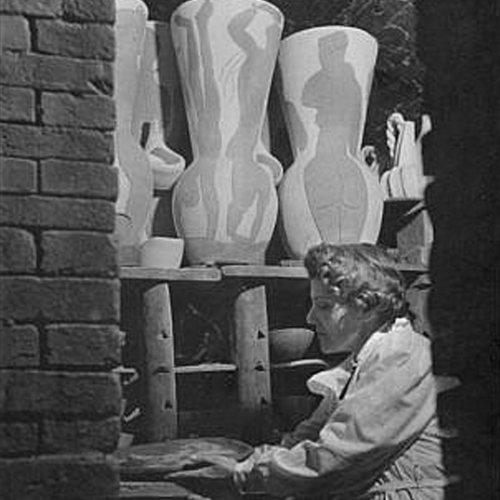 Suzanne Ramie was one of the key figures of the potters city of Vallauris. In 1938 Suzanne and her husband Georges Ramie moved to Vallauris and created the studio Madoura. By 1948, Ramie set aside space in their studio for Picasso to produce his works. For over 25 years Picasso produced more than 3,500 original ceramics at the Madoura atelier. Her personal works revealed a sculptural perception of ceramics. Ramie conceived her sculptural innovations as an extension of her research on drawing and painting. Her ceramics were given pure lines and were highlighted by colorful glazed enamel. Her formation as a draftsman brought her to conceive fantasist forms that broke the traditional figures and techniques that were still dominant in Vallauris at the time. 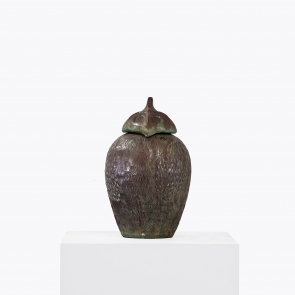 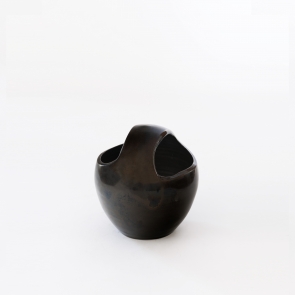 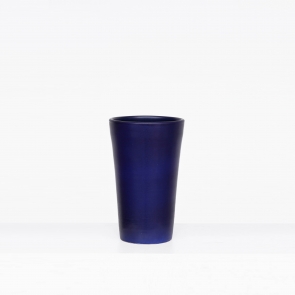 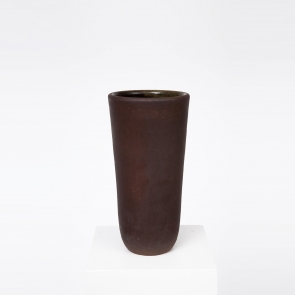 Suzanne Ramie (Madoura)
Vase, circa 1960
Back To Top