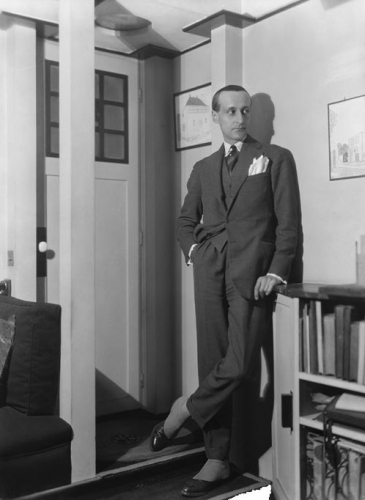 Along with Le Corbusier, Robert Mallet-Stevens is widely regarded as the most influential figure in French architecture during the period between the two World Wars. Mallet-Stevens was born in Paris in a house titled Maison-Laffitte (designed by Francois Mansart in the 17th century). His father and grandfather were both art collectors, collecting in Paris and Brussels. Mallet-Stevens received his formal training at the École Speciale d'Architecture in Paris, at which time he wrote Guerande: The relationship between different forms of art. In 1924, he published a magazine called La Gazette Des 7 Arts and simultaneously, with the help of Ricciotto Canudo, founded the Club des amis du 7ème art. In the 16th arrondissement, there currently exists a street titled Rue Mallet-Stevens. The street was dedicated to the Mallet-Stevens in the 1920's and includes six houses designed by the architect. In addition to designing shops, factories, a fire station in Paris, apartment buildings, private homes, and interiors, he was one of the first architects to show an interest in cinema. Mallet-Stevens design for Marcel L'Herbier's silent film L'Inhumaine (1924) is considered a masterpiece in the world of film set design. Surrealist photographer and filmmaker Man Ray, created a film inspired by Steven's design for the buildings named "Villa Noailles" entitled "The Mysteries of the Château de Dé". During his career, he assembled a team of artisans and craftspeople: interior designers, sculptors, master glaziers, lighting specialists, and ironsmiths. Unfortunately, Mallet-Stevens ordered that his archives be destroyed upon his death. His wishes were honored and for some time, his memory fell into obscurity. A French exhibit of his drawings, models, and actual works at the Centre Pompidou in 2005 sparked renewed public interest in his contributions and subsequently his works and reputation have been restored. Mallet-Stevens continues to hold an important place in design history. 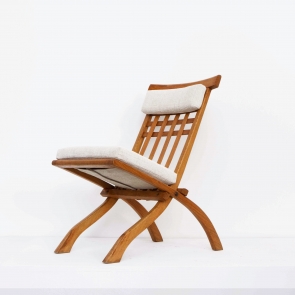 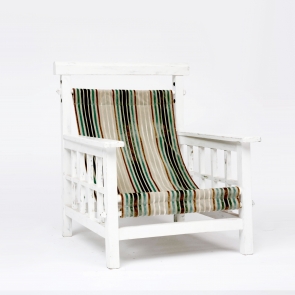 Robert Mallet-Stevens
Lounge chair, circa 1930
Back To Top